The mission of the Francis and Kathleen Rooney Center for the Study of American Democracy is to examine politics and policy making in the United States—leaving Notre Dame’s distinctive imprint on the study of American democracy. With a grounding in Notre Dame’s Catholic mission, the Center facilitates research on the critical issues facing America’s democratic system, and encourages Notre Dame’s students to be engaged in both civic and political life. While the Center’s activities address American politics broadly, it has four focal areas of inquiry:

The Center sponsors a variety of activities for both faculty and students, including weekly research workshops, a speaker series, conferences, graduate research grants and support, and an undergraduate thesis prize. Together with Notre Dame's Center for Social Concerns and the Constitutional Studies Minor, we sponsor NDVotes, a nonpartisan, voter registration, education, and mobilization campaign on campus.

For information on recent events and activities, check out our 2018-19 Year in Review!

Attend Our Next Workshop 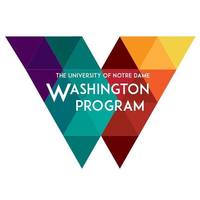